We mostly consider the well-known mobile manufacturing companies like Apple, Samsung, LG and Sony and follow their updates of new mobile phones. Huawei has now become the well-known Chinese company who has launched various smartphones with amazing features in recent years. Now according to its leaked roadmap, it seems like Huawei is going to launch three P-Series in the second quarter of 2018. This news grabs the attention of all Huawei’s lovers just because of its previous P series mobile phones, which had great features and performance. Huawei Company named the upcoming mobile phones of “P, P Plus, and P Lite”

In the 1st quarter of 2018, the Chinese company Huawei is expected to launch

As mentioned that according to the leaked roadmap the new P series has been expected to launch and the Q2 is going to be the busiest quarter of the Chinese company as there are few more mobiles are expected to launch.

In third quarter of 2018 Huawei is expected to launch third honor branded smartphone. This is surely a codename by Huawei and the market or launched name would be different.

This information is rumored and guessed by the images which have been leaked by Huawei intentionally or unintentionally. We can’t get the whole information about the upcoming mobiles until we reach to 2018, we need to wait for the official announcement for the detailed features information. 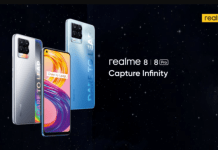 Realme 8 and 8 Pro Launched in Pakistan|Details 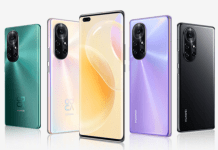