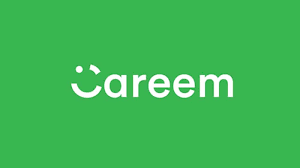 We have heard many of the cyber incidents in past years in which data have been hacked and stolen from websites. Facebook is the recent example where user’s private data have been used or leaked same is the case happened with Yahoo couple of years ago. Now the ride-hailing company Careem announced the same report that they have been suffered a data leak in January of 2018.

The company itself announced the data leakage in a blog post and also mentioned the details of the incident. According to the leaked data includes “Customers’ name, email addresses, phone numbers and trip data.” Customers who used their credit cards to pay the fare would not be affected as the credit card information is safe.

According to the statement, “There is no evidence that your password or credit card number has been compromised. Customers’ credit card information is kept on an external third-party PCP-compliant server. A PCP server uses highly secure protocols and is employed by international banks around the globe to protect financial information.”

Furthermore, “at the time of the attack on January 14, Careem had 14 million customers worldwide and 558,000 captains on its platform. Those who have signed up since they are not affected by the breach.” Careem’s spokesperson said, “Cybercrime investigations are immensely complicated and take time. We wanted to make sure we had the most accurate information before notifying people.”

Dear Customers, we have identified a cyber incident that took place in January 2018 involving unauthorized access to the system we use to store data. Our wider security protocol keep passwords encrypted and credit card details on a separate system. pic.twitter.com/rkcpf671ct

In order to get safer, they requested to update the passwords of accounts and don’t use same passwords on multiple sites plus not share your personal information on a web page.

Google Apps Red Alert! These Apps Are Stealing Your Data!