Facebook has introduced another new feature worldwide that easily locate nearby free Wifi spots, named “find Wifi”. Facebook now after a successful last year test of this feature on apple phones proudly announcing this feature for ios and android users worldwide. This feature will help Facebook users anywhere in world to find free wifi connections around them.

The addition is aimed to helpful while you’re traveling, but more specifically it will be useful when a user is spotted in an area where cellular data is “scarce,” as the company said.

It will cover remote, rural locations in developed areas though in emerging markets, this feature will be a strong addition because often users have limited data plans, and spotty cellular coverage

Similar to other additions to Facebook’s portal this feature can be found by tapping the “More” tab in the Facebook mobile app. Click on “Find Wi-Fi” tab as you found and intelligently Facebook reads your command to turn the feature on as per your need. Once Facebook turns it on, it will show a map that will indicate the closest hotspots, moreover the details about the businesses will also be shared to user.

This genius feature not only admired for being handy but also it will increase certainly 2 billion monthly users. By keeping people all time connected through wifi, the use of app will increase directly. Users will spend more time and that will directly affect face book business. This tool is a best way to hit local business. Another challenging point through this feature is about turning to Facebook instead of Google maps. That means people will move to Facebook for searching closet places like coffee shops with wifi instead of Google Maps.

According to company this feature is beginning in the emerging market. The company has more huge plans to expand in this area. It is our stance that Facebook through new feature challenging the internet market and moving ahead with progressive pace. 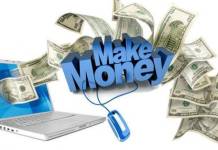 Covid-19 Lock-down: Use these 5 Websites to Earn Money from Home How Microsoft 70-767 Exam Dumps Make Your Preparation Much Easier and Efficient?