A new report by Open Signal has been revealed containing the latest Asian 4G Ranking. The report has almost identical facts as the previous report has. In the previous report, Pakistan has beaten India in terms of best 4G internet seed and this time this thing happens again. Yes, Pakistan does not have enough good ranking on this list but it’s better than India. However, India has introduced 4G before Pakistan but still, they are lacking in this and have secured lowest position this time.

Indeed, Pakistan has introduced this technology a few time ago but it’s still not much stable. The Asian 4G Ranking is based on Asia Pacific Regions and Pakistan is far behind many other countries. Many Pakistani Telecom companies are aiming to provide the 4G services but they actually not providing. The notice of this has already been taken by the courts regarding these claims.

Here is the complete and Latest Asian 4G Ranking list based on the number of MBs provided to the customers.

PTA’s Claim, 3G/4G Users Have Reached To An All New Height

Make Your Own Telenor Offer/Bundle|2020 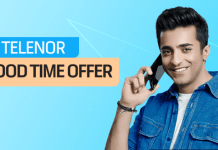