Moreover, this scheme of amalgamation is in terms of sub-section (4) of Section 48 of the Banking Companies Ordinance, 1962. This endorsement is liable to the consistency of the arrangements of the material laws by both the Banks.

NIB Bank Limited has merged with and into MCB Bank Limited effective close of business July 7, 2017. This merger is taking place under a share swap arrangement with the Scheme of Amalgamation approved by the State Bank of Pakistan on June 13, 2017, without involving any foreign exchange transaction.

MCB Bank enjoys the confidence of foreign investors including Maybank, and with this strategic merger, MCB is honored to welcome Fullerton Financial Holdings (International) of Singapore as another significant international shareholder of the Bank. This magnitude of foreign is a mark of Excellence, reflecting the Bank’s commitment to a culture of Thought Leadership, Innovative Financial Solutions, and World Class Service. 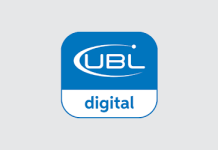