The federal government of Pakistan has imposed additional 5,000 rupees’ tax on mobile phone import. The tax is applicable to the devices imported from the foreign countries. The new order has been announced through finance act 2018 in the budget 2018-2019. The federal government has imposed this tax to earn more revenue through this biggest industry. As the number of mobile import in Pakistan is increasing day by day and has increased 7% as compared to previous years. The idea of a tax on mobile phone import has been presented by the previous government. The tax may vary according to the category and price of the handset.

The taxes have been imposed due to over usage of mobile phones in Pakistan. Moreover, a significant number of mobile phones are being imported every year and the number is increasing significantly. The taxes are not imposed on all the devices. However, the amount of the taxes is applicable to varied mobile conditions.

If the price of your mobile is under 10,000 than the tax on mobile set is not applicable. The price including import duties and taxes should be less than 10,000.

The prices of the mobile which ranges from 80,000 to above, then the applicable amount of the tax of rupees 5,000.

There are some advantages and disadvantages of this mobile phone. 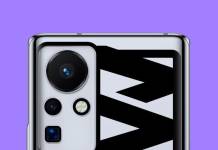