A lot of news about the Nokia’s comeback were heard in the past few months. The most prominent news about the launch. Moreover, the news about which everyone was talking and which went viral was that Nokia is going to introduce its first ever smartphone series.

Although we know that Nokia is a very well known and well reputed mobile manufacturer but, it had only launched the feature phones up to now.

Nokia Unveils its Android-Powered 3, 5 and 6 Smartphones at MWC 2017

Furthermore, this is the first time the mobile phone giant Nokia will hit the market with its elegant and latest smartphones.
However, the wait is over……! Nokia has launched its smartphones globally. These smartphones incorporate Nokia 3, Nokia 5 and Nokia 6.
Let us take a quick look at the specifications of these smartphones 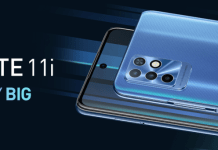