Facebook is a Social Networking Service launched by Mark Zuckerberg and by his team members. Firstly it was only for a limited areas and for limited users but as the time goes it is open almost for every person at any place and at any time. It is the No. 1 social networking site that is using mostly almost all over the world. Now Mark Zuckerberg Is Officially launching a Cryptocurrency for Facebook and It’s a radical idea that crypto wallets could be in the hands of almost 2 billion people. It would be a massive change in the entire industry. A cryptocurrency would introduce a way for Facebook to exchange of money on its site.

A Facebook spokesperson said user complaints about scams that there is a rise in the number of scams which take place in the name of Cryptocurrencies and Facebook is banning all ads that promote cryptocurrencies. The most popular cryptocurrency nowadays is Bitcoin it is decentralized, peer-to-peer, and open-source. One of the biggest such examples was that of Bitconnect, which scammed people with the help of various social media promoters. A cryptocurrency is not required to have the same characteristics as Bitcoin therefore, the crypto community feel need to expect any new currency.

This ban on cryptocurrency ads is applied on all Facebook run platforms including the audience network as well as Instagram.

Facebook wants to create a currency that satisfies all of the community requirements and would be extremely fast (transaction confirmations within 1 / 2 seconds), scalable, and has low fees. According to Mark Zuckerberg “We want people to continue to discover and learn about new products and services through Facebook ads without fear of scams or deception”.

Technology Not Decided Yet

Mark Zuckerberg don’t introduced the technology that Facebook would ultimately come up with It is unclear what the currency will be called and not the exact date and time is selected yet.

The in charge of the Cryptocurrency Department would be David Marcus who is also the Record Reporter of Messenger. 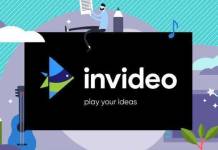 The Deadbody of Ali Sadpara Found By His Son...