2018 brings a lot of amazing products and gadget in the technology world. We have heard about such an amazing device which amaze the mind and of course, Samsung has contributed the great role to it. Samsung unveiled many products like The Wall television and upcoming smartphone at CES. Here we have another rumor about the new addition in Samsung Galaxy J Series this year so far. samsung has already introduced a bunch of amazing features into its new devices many of them have been launched and few of them is expected on upcoming CES event 2018.

Samsung Galaxy J Series has been considered the mid-range smartphone while it’s A Series is quite expensive. The previous models were Galaxy J7 of 2015 and J7 of 2016 and now this new upcoming smartphone is expected as J8 (2018). This smartphone has been unveiled by the model number of SM-J720F.

SM-J720F expected specification would be:

The other specification is expected to be like Galaxy A8 (2018) and the expected price would be bit high comparatively previous J Series. The one main different feature of this upcoming device that it supports Android Oreo 8.0 which was not available in A series previously. 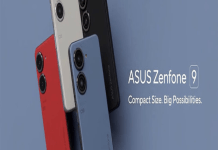