Its All About Accidentally Leakage of Samsung Galaxy Watch Images…!

Samsung is going to launch a new smartphone Samsung Galaxy Note 9 for its precious customers. It also designed a smartwatch as Samsung Galaxy Watch but the images of this watch has been leaked accidentally by the company itself.

There is only a still image and description of this watch on the site. If you click on the link then the link doesn’t work because it leads to a dead page or an error page. But you can view that the watch is 42mm rose with gold version.

In the leaked pictures the model of Samsung Galaxy Watch is 42mm in rose with Bluetooth gold version. There is also mentioned Bluetooth in the picture it means this model has cellular-equipped version. This smartwatch may be using the numeric naming scheme which looks quite a lot like a Gear S3 Classic.

There is no information about Samsung Galaxy Watch price and releasing date. 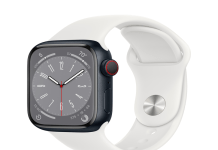