Movies or films are basically an art of telling stories to maximum masses as possible in form of visual communication medium, which concentrates narrating different scenario of world into one movie of specific minutes. In Pakistan, the trend of movie making has finally changed from past 10 years, as before most of it was based on dancing in random fields of corns. Ignoring the sarcasm, today we will thank to the main movie distributors of Pakistan i.e. ARY Films, Geo Films and Hum Films for producing spectacular movies like Bol, Bin Roye and Khuda K Liye for the nation.

Casting the cream cast in movie that includes, Fahad Mustafa, Urwa Hocane and Hania Amir in lead roles, this sequel of successful comedy movie Na Maloom Afraad 1 (2004) has proved a great comedy film in 2017. The movie revolves around the hysterical ups and downs of a big plan, which could never go wrong but alas! You never know the impossible possibilities that can turn up at the most unexpected time.

A romantic more like a comedy movie has to be made in 2017 featuring Mehwish Hayat and Humayun Saeed in lead roles along with Urwa Hocane. A movie that was pretty enough happening to connect a chord in the beginning till climax, was Punjab Nahi Jaungi which is purely based on culture of our society. Realistic and funny at the same time makes it a favorite film of 2017 that can be watched with family and buckets of popcorn.

The director and producer have literally taken a risk for making such war-epic film which is truly based on story of Pakistan Army’s Swat Operation narrating lives of militants and effects of ongoing operation in their lives on personal level. But the audiences have really appreciated such dramatic movie in times when everyone else is interested in comedy and lame jokes. The chapter which was incompletely splashed in WAAR (2013), has fully came to surface in Yalghaar depicting sacrifices of our brave soldiers for peace.

All the ingredients which our people craze like weddings, unexpected love story and the aura of innocent love can be found in this movie ‘Ballu Mahi’ which is about an unexpected and unplanned run of a bride with a stranger, which eventually turns into a romantic story. To spend a quality time with family and friends, such modern-day romantic comedies are an ideal option.

Sadly the movie is banned in Pakistan’s cinema houses for some political reasons, but it really worth your time to explore realistic story of our society which will not be allowed to make public! Politician’s hypocrisy, corruption in personal levels and least justice to the middle class people provoked the censors committee. But a movie produced and directed by Shoaib Mansoor, who is known for giving blockbuster films like Bol and Khuda K liye in the past years, is crucial in the list of top movies of 2017.

Which one was your favorite Pakistani movie in 2017, tell us in the comments, so we can appreciate your suggestion for spending a quality time…. 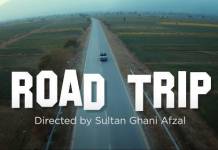 Realme Book and Realme Pad Teased at the European...