Now that Warid and Jazz have finally merged, there are some good news that is coming out of this new family. According to our sources, Warid customers can finally enjoy the long-awaited 4G services. Furthermore, they can also use 3G services as well.

This move will give more options to Warid users to choose from. The offer is valid for both 3G and LTE Network users, depending on the coverage areas and phone compatibility. There are no words if these packages are offered to both prepaid and post-paid customers. However, some postpaid customers have reported that they have succesfully subscribed to these packages.

Following are the 3G packages offered by Warid to its users:

All prices are inclusive of taxes.

Dial *443# from your Warid number to subscribe to these new 3G packages.

As of now, Warid is offering 3G services in 20 cities of Pakistan only. They are expecting to expand their services in the near future, however. The cities covered by Warid 3G are:

Both the Jazz and Warid users can still enjoy all the old packages on their respective networks as before. The new packages announced are in addition of the already available packages on Warid. 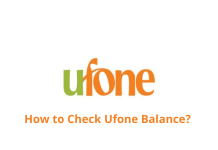