Mahira Khan is the finest Pakistani actress and model who have worked in both Lollywood and Bollywood. However, she started her career as a VJ and now she has become the number one actress of Pakistan. Recently, she was invited to Cannes and awarded with the Best Asian film actress award. Therefore, the complete biography of Mahira Khan is here for her fans and followers.

The complete detail of Mahira Khan including personal and professional life has been described in detail.

She achieved her early education from Foundation High School. After that, she joined University of Southern California, Los Angeles. But she did not complete her studies and came back in Pakistan and join showbiz.

Mahira Khan has a happy family with one brother, father, and mother. She married to Ali Askari and had a baby boy named Azlaan. After Mahira appear in Bol movie, she filed a divorce case and took the custody of his boy.

Although she has a successful career, she also has to face some criticism. She posted her picture along with Shiv Seena, a Hindu character on Halloween eve. However, people criticized her and she apologizes after.

Her photos along with Ranbeer Kapoor goes viral on social media. She wears partial bared cloth and was smoking. 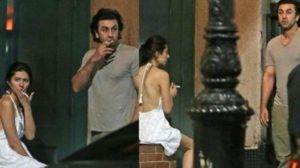 Mahira started his career as a VJ in the most wanted show named Weekends with Mahira on Aag TV. Later, she appears in a movie named Bol for a supporting role. But she did not gain the fame before she appeared in a blockbuster drama serial Humsafar on HUM TV. Moreover, She also worked in Pakistani movies as well as in one Bollywood movie. Although she worked in many dramas and her famous Drama includes;

Famous Bollywood and Pakistani movies include;

Mahira has appeared in some nominations for film fare awards and won some awards. However, she won many Pakistani film and drama awards including;

She also achieves some international awards and here is the list;

Instagram: The Mahira Khan Official or TheMahiraKhanOfficial have 3.3 Million Followers.